Operationalizing Brexit – What is at Stake?? 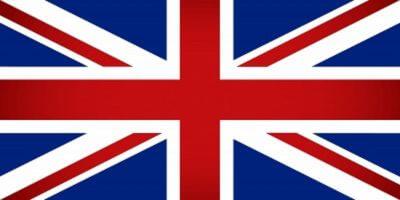 The process of withdrawal of United Kingdom from European Union has gained momentum with release of draft agreement about a week back. As per the current legal statute, UK would be out of EU on 29th March 19 and both the parties have to enter into a deal before that to avoid disruption to businesses and life, in general. Current trade between EU and UK  stands at over $500 bn of goods trade, $235 bn of services and about $1.4 trillion of EU assets being managed by UK based financial services firms. Despite the pressure on British currency, EU also has a lot to lose from the exit. While the negotiations have not been as tough as anticipated and as nerve wracking as in the case of much feared Greek exit, fingers are still crossed. Here is a look at the economic aspect of the withdrawal and why an orderly withdrawal matters.The economic separation could be classified into three groups – separation of trade in goods, trade in non-financial services and trade in financial services. A look at the goods trade shows that it is EU which stands to lose more from the separation, contrary to general perception that UK would be hit more. This is because EU’s export to UK is more than the imports. As per WTO report, EU accounts for 53% of $644 bn of goods imported by UK. Against this, of the total goods export of $445 bn from UK, only 48% goes to EU. This implies a trade surplus of about $130 bn for EU which may partially come back to UK after the withdrawal. However, trade in total commercial services (such as Travel, Transport, financial services, services linked to goods) gives a small surplus of $23 bn to UK. While UK exports 37% of $347 bn of services to EU, it imports half of $210 bn from EU.

Within commercial service comes financial service, which is small in value but is the most complicated of the three segments. (While separate figure for exports to EU is not available, it could be about half of $83 bn of total exports from UK). This is because the integration is much deeper and unlike other segments, it is largely B2C. Further, net value of export does not indicate the total exposure which is capital in nature or is notional in value. To begin with, UK banks provide around half of banking services to EU customers as per an IMF report. Same way, UK based insurance companies have liabilities of £55 billion towards nearly 4 crore customers in EU whereas EU based companies exposure in UK stands at £27 billion and 1 crore customers.

The capital nature of exposure is reflected in the fact that total Assets under management (AUM) in UK for EU clients is close to $1.4 trillion as per the latest Financial Services Trade & Promotion Board report. It is the fear of outflow of this capital which drove down the British currency after the referendum and continues to put pressure even now. (UK has total AUM of close to $7 trillion which includes UK, EU and rest of the world clients).

The notional exposure refers to the servicing of derivative contracts, which is the most complicated of all. As per the IMF report mentioned above, contracts with a notional value of around £16 trillion maturing after March 2019 being handled in UK for EU clients could get affected an absence of clear deal. Similarly, UK based clearing agents handle nearly 90% of euro denominated interest rate swaps with a notional amount of around £38 trillion for EU customers. In the absence of clearly defined permission, the validity of these contracts could be in jeopardy.

An important risk mitigation measure undertaken by UK government is that it has agreed to bring-in stop gap legislation. That would give temporary permission to EU based financial companies to continue providing financial services to UK citizens. That would help avoid disruption of services being received by UK citizens from EU companies. Even after the agreement is reached, both sides would need to get the necessary legislation passed by their respective parliament and operationalize the agreement. The companies operating across the border may accordingly need to secure permissions, registrations etc subsequent to that. The sequence of events before implementation of GST could give some idea of what to expect in the months to come.

And at the end of this all, one is left wondering, was the separation worth all this??

Tracking the Developments in the US Economy

Has The Unemployment Rate Come Down? – Analyzing PLFS Report

State Of The Economy

2 thoughts on “Operationalizing Brexit – What is at Stake??”

Solar Power In India – An Overview